You might recognize in my voice how much fun I am having with our next guest, Doug Bossi. I have great memories with him touring the world for my very first tour. I remember running for planes, market shopping in Korea, clubbing it in Milan with the whole crew, safari in South Africa, playing some of the best venues in the world…so maaaany great times.

But the life of a touring musician, even the best of the best, can be unpredictable. It’s difficult to plan ahead because tours are constantly in flux. So it takes a certain kind of free spirit to put your home life on hold, hop a flight and not know when you’ll be coming back – maybe next month, maybe 3 months…or maybe 6 months from now. Bye friends, bye family, bye comforts of home…I’m going on an adventure! And touring is a GREAT adventure, with lots of new faces and names. It’s a different kind of rush than I’ve ever known, performing nightly to all kinds of crowds, and finally seeing your songs come to life through others. What a trip!

So when a musician makes that transition, after touring for years, it can be a bit traumatic. It can feel like he’s been sent to the principle’s office and must pay his due – a REAL job….oh noooo! What now???

That’s why I find Doug’s story so inspiring. He found a way to incorporate all of his talents, and tailor-made a job for himself by putting his guitar down temporarily, learning new skills and carving out a niche for himself composing music for television. But what’s so brilliant is he first took a close look behind the scenes of what the big boys were doing and tried to fill the gap. One weekend of writing music for a show, that he had no idea if he’d get or not, changed his career forever. His workload became so great that he needed to start his own company, iSpy Music – and now you undoubtedly hear his music while watching some of your favorite shows!

What I love most is that he took his talent, built on it and carved a place in the industry for himself. He wasn’t waiting for someone to “sign him” or “believe in him” or save him. He saved himself and now he gets to do what he loves every, single day. Yay, Doug!

Enjoy! Make sure to comment below to let us know what you think, or send me a tweet @jenniferpaige1.

If you liked this episode, please share it with your friends. Let’s get the word out to singers, songwriters, musicians and music lovers. The show is 100% free and the guests are generously sharing their stories for our knowledge and inspiration.

Receive weekly episodes by subscribing on iTunes or Stitcher Radio.

Have a question for a future episode? Tell us what you want to know – submit a question. 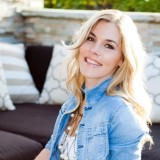 Stay Connected With JP Updates Straight to Your Inbox